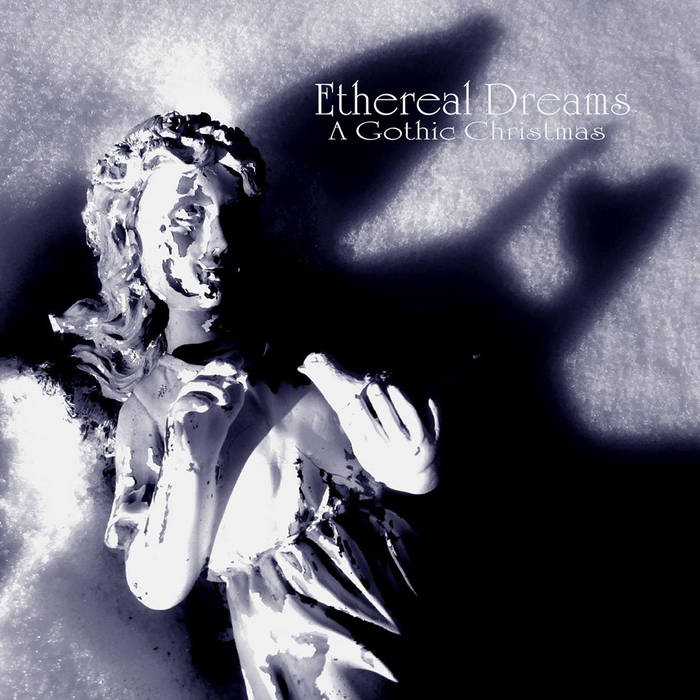 Adam London - Angels-Hope In Darkness
I desired a delicate yet bold piano piece to open the album. I believe Adam London accomplished this brilliantly with his unique take on, "Angels We Have Heard On High". Portions of the melody are borrowed from the traditional version with additional elements that Adam came up with himself. I had the idea of some sort of female choral vocals to appear in the song so it was more than a mere instrumental, also giving it an ethereal sound, tying it directly to the theme of the album. I laid out the basic ideas and he did the rest. Adam chose not to go with the usual song title and instead naming it, "Angels-Hope In Darkness" which I find to be very fitting for this kind of Christmas album.

ACCOLADE - Walking In The Air
I was looking for a band with female fronted vocals and ACCOLADE was the band that fit the bill. ACCOLADE chose to do a cover of, "Walking In The Air" from the 1982 animated film of Raymond Briggs' 1978 children's book, The Snowman. The music and lyrics were written and composed by Howard Blake. A beautiful combination of ethereal, neo-classical, ambient, and darkwave are to be found in this graceful Gothic interpretation. Stefanie Reneé, the band's vocalist gives a superior vocal performance, while Aaron Goldstein provides superb musical arrangements. The only song on the album to feature female vocals and it is an absolute beauty!

Leper - Away In A Manger
For the album's third track "Away In A Manger", Leper delivers a delightful depiction of the beloved Christmas Carol. Very light yet very gloomy. Skot imparts his usual dark vocal tones with the instrumentation being light but also luminous. No electric guitars are to be found, but we are instead given a sound that is comprised of acoustic guitars and soft percussion that is both vibrant and warm. Leper also charms us with a gorgeous guitar section in the middle of the song that is sure to leave a sweet, sweet sound in your ears as you unwind for the night. Leper fascinates once again on this Christmas gem.

BATZZ in the belfry - Still, Still, Still
"Still, Still, Still", an Austrian Carol, is rendered beautifully by old-school Gothic Rock masters, BATZZ in the belfry. A band mostly comprised of Nelson, who plays nearly all of the instruments for the band. He also does the drum programming, and provides all of the vocals. I have not heard many versions of this carol as it is less known in the USA. I very much adore this rendition as it administers a warm and pleasant sound, that harmonizes exceptionally well with Nelson's dark baritone vocals. This song has a very nice pacing to it and is so enjoyable, it is over before you know it. While not as dark as many songs in the genre, it is a holiday treasure that will entice you, leaving you craving for more. This is the only song on this album not recorded specifically for this project, as it originally appeared on BATZZ in the belfry's second full length album, Glow In The Dark. Many thanks to Nelson for allowing us to use the track!

Atlantica Vox - The Greatest Gift
Up next is an original Christmas Carol from Atlantica Vox. Written completely by Kyle Fiske, this song is both satisfying and captivating. The music is quite hypnotic and brings a medieval-style Gothic sound to the album. Kyle's vocals are not the typical Gothic style, but are a very pleasing and comfortable listen. They are just dim enough to add a dark touch to the song, but not too dark to the point where it becomes tedious and tiresome. While his vocal style may be very different from what many would expect from a Gothic album, in no way does it take anything away from the authenticity of this spectacular new carol! I find this song to be very refreshing and is a song I will listen to again and again.

Anemia - Silent Night
This song has an interesting story behind it as it came into the project a bit later than the others. Anemia, which is made up of Ricky Puckett and Skot Shaw of Leper, is absent of Ricky's gritty vocals in this recording of Silent Night. Due to circumstances that are mysteriously unknown, Ricky was unable to participate. Skot performs some faint vocal breaths in the background alongside some female choral-like voices from a keyboard. The vocals do not take the forefront and blend admirably with the music. Anemia produces a dark sound with slow driven guitar riffs, murky organs, and a variance of percussion that add up to an enthralling experience. This particular take on, "Silent Night" is not your usual cover of the classic carol. Perhaps you won't be immediately attached, but may very well grow on you over time as it did me.

Epic Church - Adeste Fideles
A brief instrumental closes the short album on a high note with Epic Church's majestic, "Adeste Fideles", which is Latin for, "O Come All Ye Faithful". This piece begins with a beautiful piano melody as the only form of instrumentation. Midway through, a multitude of turbulent sounds kick in with heavy percussion, and electrifying synths. Short but sweet, I am very happy with how the song turned out. Nothing over-the-top, but splendid in it's simplicity!

I hope you all enjoy this album as much as I do. I know it is brief, but the best dreams are often short lived. The good news is that we can re-live these moments again and again. Merry Christmas to all and to all a goodnight! PS - Sweet dreams!

Bandcamp Daily  your guide to the world of Bandcamp